On a trip to the People’s Museum at 2 Pery Square, one can expect to discover many treasures. From exquisite period furnishings and portraits to a coat once worn by and taken from Joseph Bonaparte, the brother of Napoleon, a visit to this intriguing Georgian House truly is an adventurous step back through time. Indeed, if you are lucky, you may even catch a glimpse of Thomas Spring Rice’s seagull, who lives in the People’s Park, just outside the Museum, perched delicately, high in the air, upon the head of the statue of the former Member of Parliament for Limerick. Perhaps you could help us to name him? Suggestions welcome in the comments!

One of the highlights of a trip to the museum is the walking tour, A Stroll around the Block, which allows you to discover the history that lies hidden in plain sight throughout Georgian Limerick in a fascinating and informative way. On this tour, upon turning onto Hartstonge Street, you will pass a rather odd-looking multi-storey building which is currently home to the St. Vincent de Paul organization. This rather awkward looking, tall and narrow construction, which faces Catherine Street, may, at first glance, look somewhat isolated and out of place.

Named as Ozanam House, formerly Hartstonge House, this building was built in the 1840’s and was home from the 1860’s to the mid 1880’s to the Harris family who owned Harris’ Bakery on Henry Street.(1) The film buffs among you may recognise the name Harris, and indeed these people were the ancestors of the world-renowned Limerick actor, Richard Harris, famous for his roles as Professor Dumbledore in Harry Potter and the Bull McCabe in The Field. In 1886, the house passed from the Harris family to the famous O’Mara family.

Arriving to Limerick from Toomevara in Co. Tipperary, via Clonmel, James O’Mara originally settled in Mungret Street where he began bacon curing in the basement of his house. James’ eldest son, Stephen, who purchased Ozanam House from the Harris family in 1886, was a colourful character. A fierce nationalist and supporter of the famous home rule advocates Isaac Butt and Charles Stuart Parnell, O’Mara demonstrated his loyalty to the Parnell cause in a conversation with Eamon De Valera. On 5th Dec 1921, De Valera was staying the night in Strand House, as the Treaty was being signed in London. Talking in the drawing room, Dev asked: “I have always wanted to know, Mr. O’Mara, what you thought of Parnell“. Stephen replied to him, “I’ll tell you what I thought of Parnell – if he and I were walking across Sarsfield Bridge together and he said to me jump in the river I would jump in“. (2)

O’Mara would be the first mayor of Limerick to be elected on a nationalist ticket. Indeed, it was in his role as mayor that Stephen O’Mara would have one of his most interesting encounters as reported for us by his granddaughter, Pat Lavelle. She writes that when the Prince of Wales (future Edward VII) came to Ireland on the Royal visit, 8-27 April 1885 the luggage train was sent on to Limerick in advance. O’Mara, a staunch nationalist met the train at Limerick and Pat tells us that: “Grandfather met the train and talked to the equerry in his quiet, friendly way, and explained again quite firmly that there would be no question of a civic welcome. The luggage was not derailed. The Prince of Wales did not visit Limerick. Grandfather had no opportunity to refuse a knighthood and practically nobody knew anything about the incident then or later.” (3)

The house was also home to the famous Irish tenor, Joseph O’Mara (1866-1927) who was Stephen’s brother. Joseph sang in the choir of St. Michael’s Roman Catholic Church on Denmark Street and in 1912 he founded the O’Mara Opera Company. (4). Joseph, who starred in such renowned operatic roles as Don Jose in “Carmen” and as Romeo in Charles Gounod’s production of “Romeo et Juliette” would become a freeman of Limerick in 1908. Upon receiving this high honour, Joseph would sing from the balcony of Hartstonge (Ozanam) House. The Irish Independent, of 30 Oct 1967 details the scene for us beautifully when in quoting Michael Rynne (then a child and present for the event), they recall how “Catherine Street – lit up from end to end by tar-barrels and torches – was packed by hundreds of people who listened in dead silence to that truly magnificent voice which required no microphone to carry it down towards William Street.” (5).

The house itself, named now to honour Frederic Ozanam, the founder of the St. Vincent de Paul Society, still has its original late Georgian floor plan and many original features, including joinery detailing, marble chimneypieces, and vine leaf and grape enriched cast decorative plasterwork. There is encaustic tilework in the stair hall and entrance hall, and the original staircase has attenuated turned timber balusters on a pear-shaped base, and carved tread ends. (6). The room which was once home to the O’Mara family private chapel is now an office and long gone are the statues and the altar, donated to the Jesuits in the 1920’s but still present are the Gothic style wooden and glass screen which once demarcated the sacred space and also present are the niches which once held the statues.

So, on your walking tour, as you stand before this house, remember all who lived here and all they did. Perhaps even imagine yourself as one of the crowd present when Joseph O’Mara sang from the balcony over your head, and think too of the people who work there today, who do great work in helping to alleviate distress for the poor.

The People’s Museum of Limerick is run by Limerick Civic Trust, a registered independent charity. Please help us fund our work in the museum, and on the restoration of Limerick’s historic streets and monuments generally, by becoming a member, or donating, or getting involved as a company. 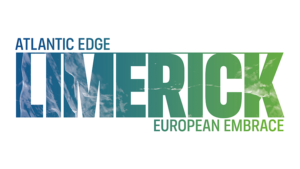